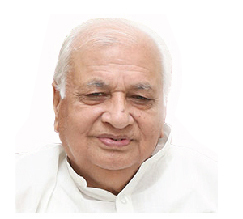 The Hon'ble Governor of Kerala

Shri Arif Mohammed Khan was born on 18 November 1951 in Bulandshahr, Uttar Pradesh. He received his B.A (Hons) form Aligarh Muslim University (1972-73) and LLB from Lucknow University, Uttar Pradesh (1977). Shri Arif Mohammed Khan started his political career as a student leader and led the Aligarh Muslim University Students' Union as General Secretary, during 1972-73 and President during 1973-74. He became a member of the Legislative Assembly of Uttar Pradesh in 1977 at the age of 26, from the Siyana constituency, Bulandshahar. Shri Arif Muhammad Khan was elected to the seventh Lok Sabha from Kanpur in 1980. He was again elected as a Member of Parliament from the Bahraich constituency during the 8th, 9th and 12th Lok Sabha. Shri Khan's administrative capabilities were nationally noted during his ministerial tenures. As Union Cabinet Minister, Shri Arif Mohammed Khan held the portfolios of Energy and Civil Aviation during 1989- 90. Earlier, he had also served as Deputy Minister, Information and Broadcasting (1982-83) and Union Minister of State, holding portfolios such as Agriculture (1983-84), Energy (1984 and 1985-86), Industry and Company Affairs (1984-85) and Home Affairs (1985). Shri Khan was a member of the Kendriya Hindi Samiti during 1980-82. As a Member of Parliament, he worked on the Parliamentary Committees on Public Undertakings, Home Affairs and Foreign Affairs. Shri Arif Mohammed Khan is the author of Text and Context: Quran and Contemporary Challenges, published in 2010. He is also a well known writer and columnist on various matters including religious reforms. A voracious reader, his lectures on various topics are very popular among universities and other audiences across the country. Shri Khan, who has travelled extensively, had led the Indian delegation to the Non-aligned Information Ministers Conference in 1982and to the World Economic Forum, Switzerland in 1990. He was also member of the Indian Parliamentary Delegation to the 100th IPU Conference in Moscow,in 1998. He is married to Smt. Reshma Arif and they have two sons - Shri Mustafa Arif, who is an advocate and Shri Kabeer Arif, a Pilot by training and currently pursuing his passion of organic farming in Uttar Pradesh. Shri Arif Muhammad Khan assumed office as the 22nd Governor of Kerala on 06th September 2019.